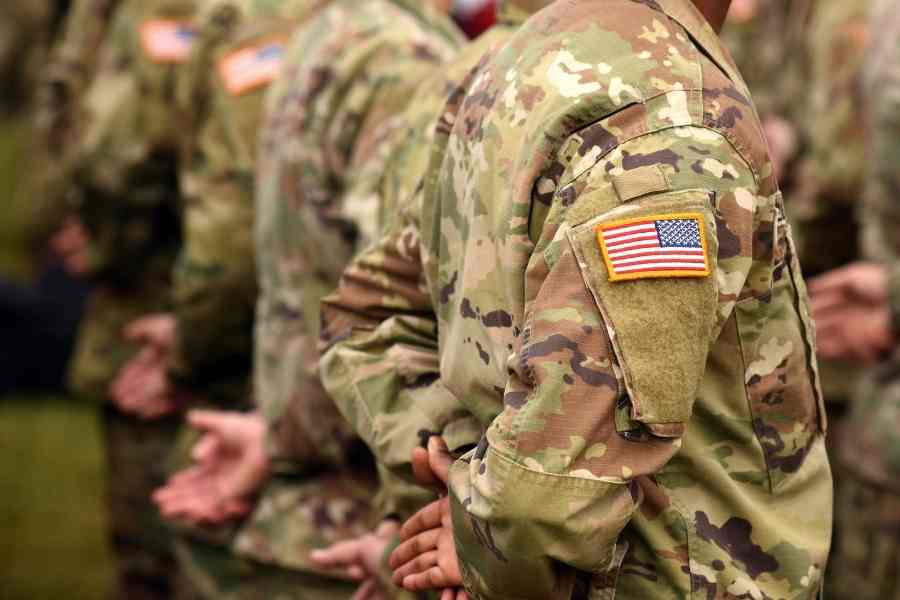 Military uniforms are an integral part of being a soldier. They serve as a symbol of strength and power, and they also represent professionalism and discipline. But there’s more to the story. Military uniforms offer a unique challenge because they are designed to withstand extreme conditions and withstand wear and tear.

Today, military clothes are designed to keep soldiers warm and dry while protecting them from the elements. They also provide camouflage and protection from enemy fire.

But there’s one thing that separates military uniforms from other types of clothing — they’re incredibly durable. Military clothing is often built to withstand extreme conditions and last longer than regular clothing.

What Do Military Uniforms Symbolize?

Military service has always been considered a noble profession. It is an honorable occupation where men and women serve their country, protect people’s lives and property, and fight against enemies. Uniforms are part of the military culture. They represent the identity of the country and its values. Wearing uniforms helps soldiers stay focused, motivated, and confident.

The Basics of Military Uniforms

A uniform is a set of clothing worn by members of an organization or group to distinguish them from other people in that group. The basic elements of a military uniform include:

Each uniform has its own design, but they’re similar enough so people won’t get confused when seeing them together. Service uniforms vary by branch, season, gender, purpose, and many other factors. There are literally hundreds of different variations across the U.S. Military — far too much for us to cover here.

During basic training service members must learn everything there is to know about their uniform, insignia, and ribbons. If you’re not familiar with the military but want to learn more about them, knowing their uniform system can help you get connected.

Why Is Military Appearance Important?

Military service has been around since ancient times. The history of warfare is filled with stories of brave soldiers who fought in wars for their country. In modern times, the United States Armed Forces have become famous worldwide due to its incredible achievements in combat operations.

Today, the US Military is composed of three branches: U.S. Army, U.S. Navy, and U.S. Air Force. Each branch has its own unique set of uniforms. Appearance is important because wearing a uniform strengthens the bond between members of the same unit. It also shows respect to others and demonstrates loyalty to the organization.

Why Is Military Clothing So Important?

The appearance of the military is important because it reflects the values and traditions of American society. The military has always had a strong influence on the culture of America. It was the first institution to provide free education to all citizens.

Military clothing must be durable, breathable, efficient, lightweight, comfortable, and able to withstand extreme conditions. Military conscripts are often in active combat zones, so they must have uniforms that protect them from the elements.

A simple rain shower could cause you to get wet and uncomfortable. This could lead to hypothermia or death if the weather is extremely cold. Soldiers also need uniforms that protect them from bugs and insects when they’re in tropical climates.

What are the different types of uniforms?

There are four main categories of uniforms

Each type has its own set of rules and regulations that govern how it is to be worn, what accessories can be used with it, and when it can be worn. In addition, there are also some differences in appearance between each of these styles.

Military, police, fire, and other public uniformed services use combat uniforms for everyday fieldwork and combat duties. Also called battledress, field uniforms, and military fatigues, a combat uniform is a casual type of uniform worn by uniformed personnel on a mission.

In official parades, ceremonies, and receptions, as well as private ones such as weddings and funerals, full dress uniforms or parade dress uniforms are typically used by military, police, fire, and other public uniformed services. Orders and medals insignia are typically displayed in formal uniform.

Also called Physical Training Uniform (PT). The PT is a military uniform used during exercise, calisthenics, and drills. PT uniforms can be very similar to those worn by gym instructors, fitness instructors, and personal trainers.